Do you know Evantra? It’s the name of the star of today’s story. It has a roaring nature, but it can also be very elegant and loves to be admired.

Evantra was born in Italy – it has Tuscan origins, to be precise – and has a very strong nature, when it whizzes away no one can keep up with it. It has also acted in some movies that you may have seen in the cinema, or on TV, or on Netflix. In short, Evantra is a true diva.

We are talking about a very special supercar – available in the Classic, Pura, 771/781, Millecavalli R. configurations – produced by Mazzanti Automobili, a car brand born from the genius and passion of Luca Mazzanti who, combining artisan tradition and modernity, has been able to give shape and luster to exceptional cars, capable of bewitching many fans and even the world of cinema, with extras in international titles. All this also thanks to additive manufacturing technology! 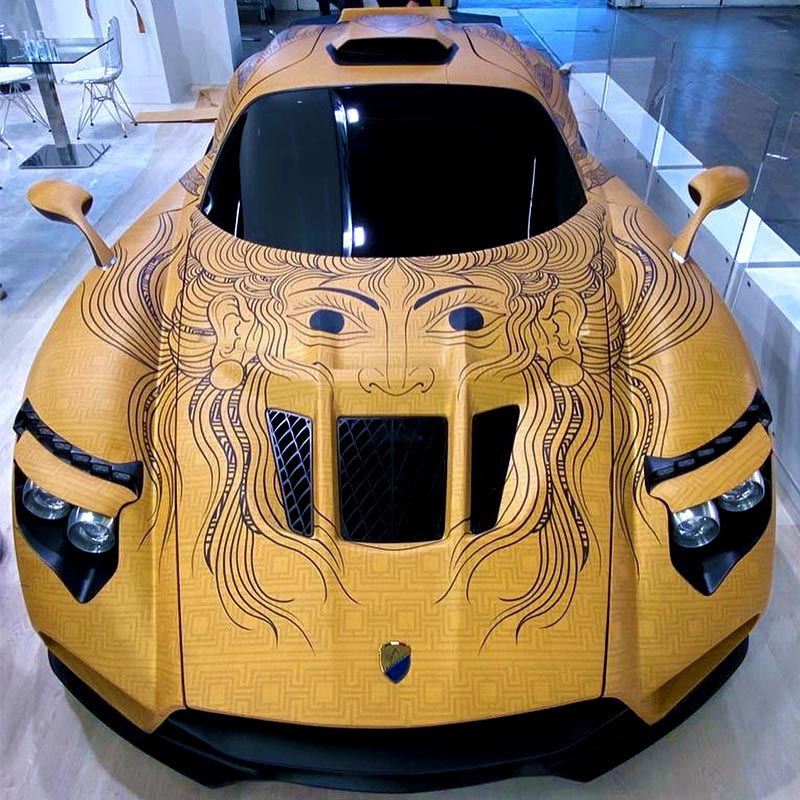 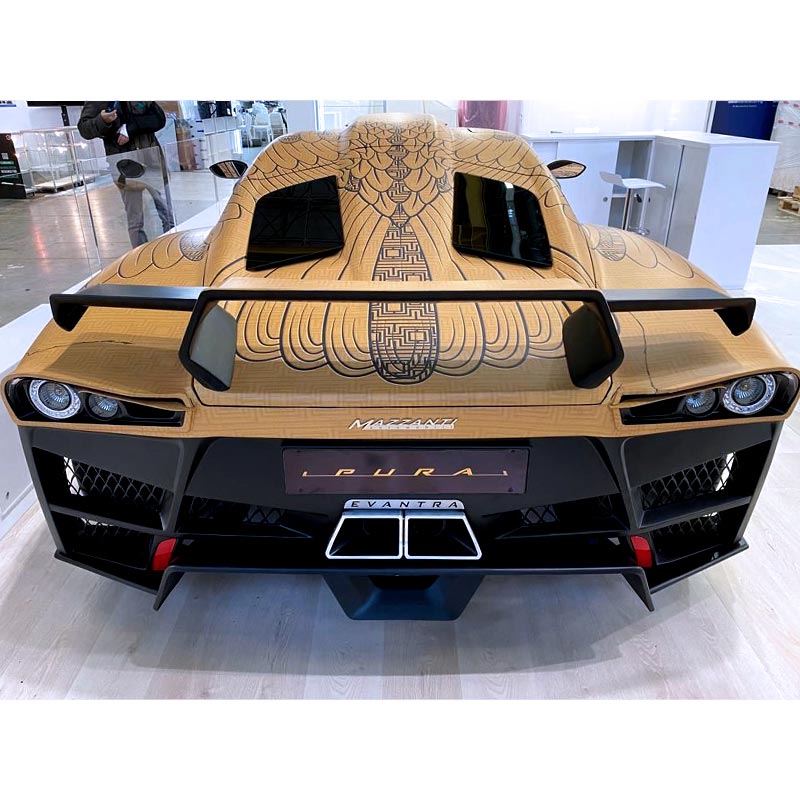 3D printing for supercars and hypercars

To learn more about the company and the use that this automotive signature makes of additive manufacturing, we spoke with the Technical Department Manager of Mazzanti Automobili, Eng. Masini:

“We already knew the world of 3D printing, and we knew how much this technology was growing, becoming more and more present in the automotive sector. Thanks to a contact with Emanuele D’addario (3ntr channel manager), we understood how much this technology would make a difference for us, especially in the design and engineering phases of some components for Evantra.“

Specifically, the advantages that Mazzanti Automobili has identified in the 3D printing technology offered by 3ntr are:

Those listed above are essential aspects, especially if we consider that Mazzanti Automobili is a reality that focuses both on experimentation and research from the point of view of design, and on the craftsmanship of production (and, therefore, on the need to see the components in order to be able to appreciate the way in which they will impact on the finished product).

This is one of the cases in which 3D printing and additive manufacturing technologies bring benefits to “tailor-made” production, precisely because they allow you to experiment, try, change your mind, and reformulate a proposal several times, until you reach the best and final choice. 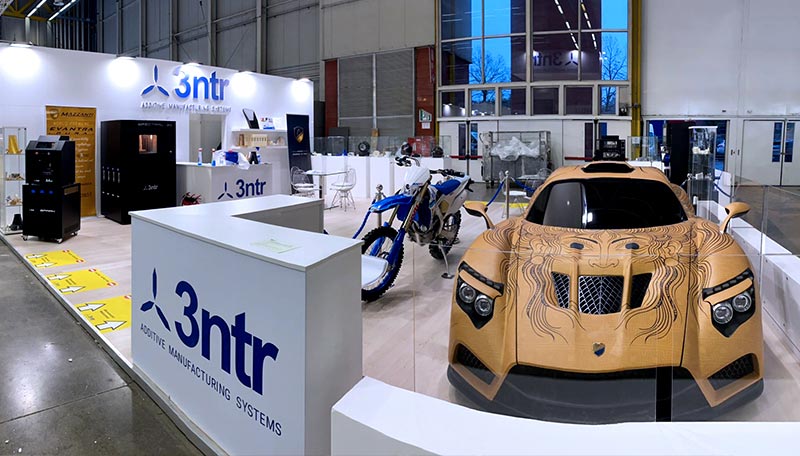 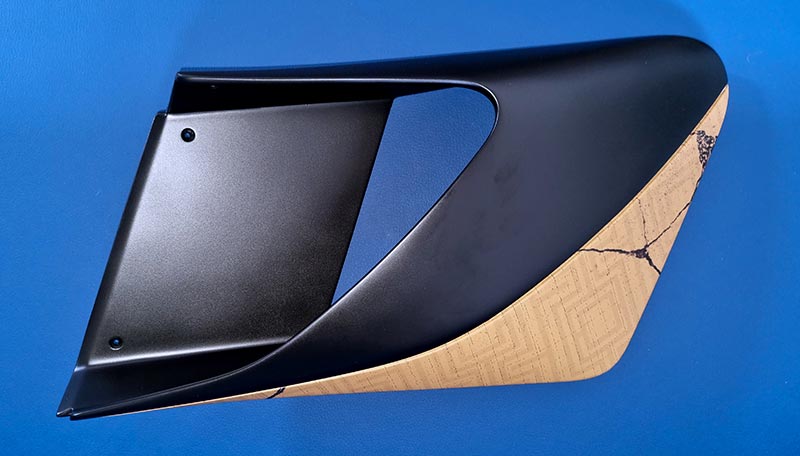 Additive Manufacturing: fast printing, for those who build speed

The history of Mazzanti Automobili Evantra is full of some components that make it, in some respects, mythical. Perhaps because of the archetypal images that cars recall in lovers of the genre: emotion, excellence that comes from people’s hands and ingenuity; but also elegance and the desire to take shapes and lines to the extreme, in an attempt to defeat the wall of air and touch speeds never reached before.

Mazzanti: story of a man and a brand

When we talk about speed, we are talking about something that has always been deeply rooted in the Mazzanti Automobili brand which, in turn, is deeply intertwined with the history of the man who strongly wanted it and who gave birth to it from his passion. for motoring, car design and development: Luca Mazzanti.

Born in 1974 with a passion for cars in his blood, in 2011 he gave life and concrete form to a project that bears the name of Mazzanti Automobili, and creating handcrafted hypercars. 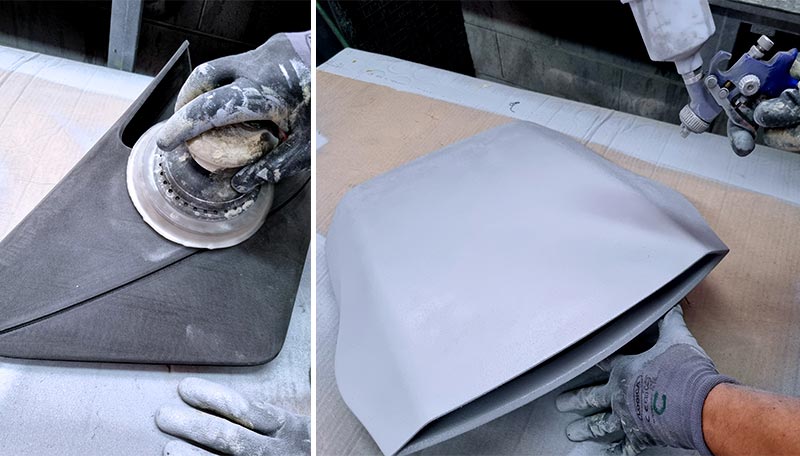 The Evantra, a car proposed by Mazzanti Automobili in several variants, is an expression of attention to detail, the pursuit of perfection, an expression of power and speed. Features that require a lot of skill and craftsmanship, combined with the use of cutting-edge materials and construction techniques. Think, for example, of the molds – necessary to shape the carbon components – which, of course, are very expensive and, therefore, don’t always leave a lot of freedom in the insertion of modifications during construction or, much less, in production of more variants of the same component, among which you can choose.

«The possibility of making prototype components, to be evaluated and, only subsequently, to be sent into production is something that 3D printing has made possible. It used to be very complex and expensive. Now, however, thanks to the use of 3ntr printers, we can create more prototypes of the same piece, inserting modifications and small variations, and then choosing the most suitable one for the final production.».

By doing so, not only costs are reduced, but one of the key aspects of 3D printing is enhanced: the creative enrichment that this technology can bring to sectors that are not mere “production”, which see in the creative component (almost artistic , certainly artisanal) a preponderant aspect.

In the case of Mazzanti Automobili, in this specific case, for example, the additive manufacturing technology has found its use in the production of air scoops and add-ons for the sills. For the production of these air scoops and for additional components to be installed on the so-called “side skirts” (the sills located in the rocker panel), 3D printing was used to search for optimal designs, before inserting them into the of the overall aerodynamics of the car.

3D printing and handcrafted hypercars: what a combination!

To learn more about these two worlds, apparently so distant, yet so intimately interconnected, we invite you to learn more about the Mazzanti Automobili brand which, on its website, describes its products very well, both from a technological and a aesthetic point of view. with breathtaking photos and videos, and with the possibility of listening to the “roar” of Evantra.

Furthermore, we invite you to discover the “racing cars” of the 3ntr stable: the 3D printers that, more and more often, are bringing additive manufacturing to many companies around the world, for their reliability, for their performance, for their ease of use and for the many services that 3ntr offers, together with its excellent hardware.