FDM 3D printing technologies are increasingly present in production departments as true production aids. They help to cope with downtimes and solve problems by being able to respond quickly and cost-effectively to component and mechanical part failures and malfunctions.

About this, we interviewed Pasquale Alfano, assistant in the prototype department at BTicino, who is also responsible for designing, modifying and returning models for 3D printing of functional parts such as jigs or fixtures. He told us how FDM (Fused Deposition Modelling) technologies found their way into the company. Right here, an A4v4 from 3ntr has been installed, which, using ABS and PC-ABS, prints tooling and even parts of machinery used in the production departments 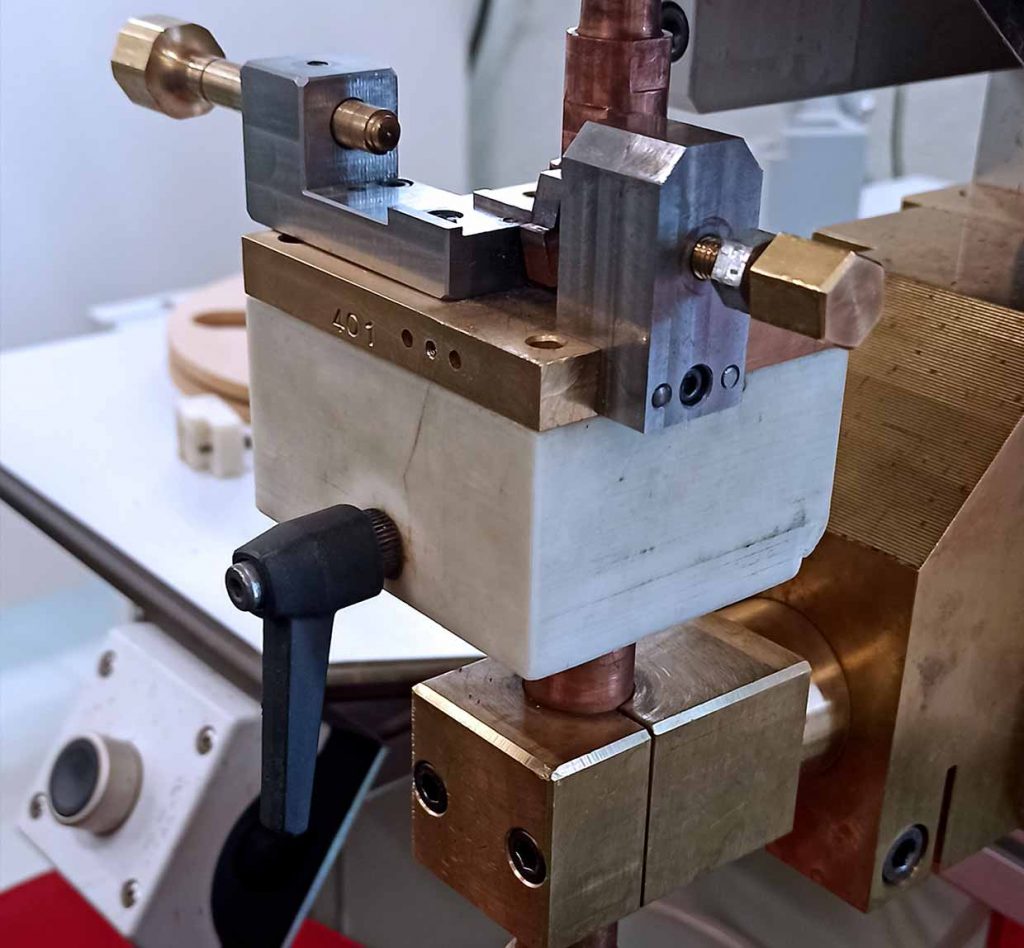 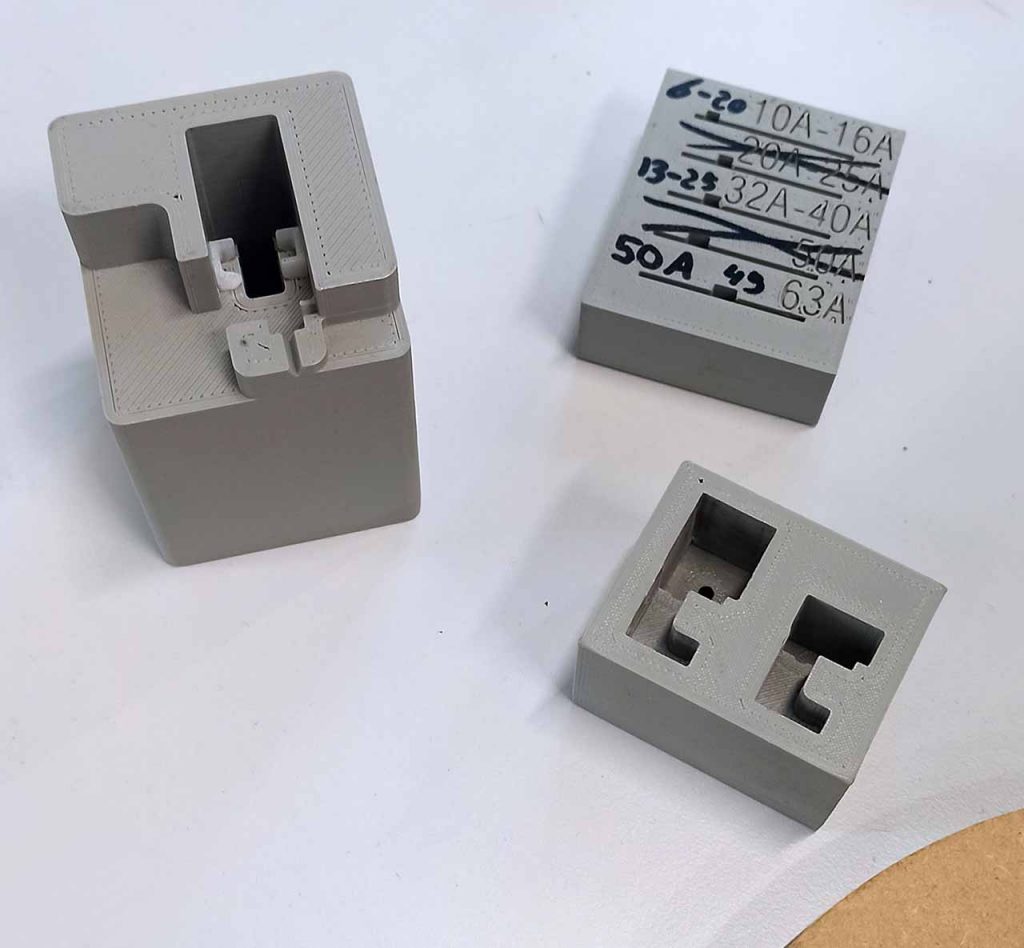 BTicino is a historic Italian brand, founded in 1936 in Milan by Arnaldo, Luigi and Ermanno Bassani. Since 1989, it has become part of the French industrial group Legrand, specialising in electrical components.

Dedicated to living, working and production spaces, the group’s offer is divided into three groups of proposed solutions:

In addition to producing components and systems for electrical installations, the group also deals with technologies for sustainable development and energy saving, developing photovoltaic systems and lighting control systems.

Short on time? Rapid Tooling with 3D Printing! Why does 3D printing prove to be an important medium for industrial production? There are various reasons, but the time factor is always the predominant one:

“Costly production resources and technologies were often employed, both economically and in terms of the time required to make even simple equipment, which put little demand on the operator’s professionalism.“

The solution to this type of problem was identified in FDM 3D printing, in order to be able to propose, to anyone who requested it, within BTicino, a technology capable of satisfying needs and solving problems quickly, and without excessive costs.
“Having customised equipment, capable of satisfying different machining or manipulation of parts in production in a short time: that’s what 3D printing makes the difference at BTicino!“ 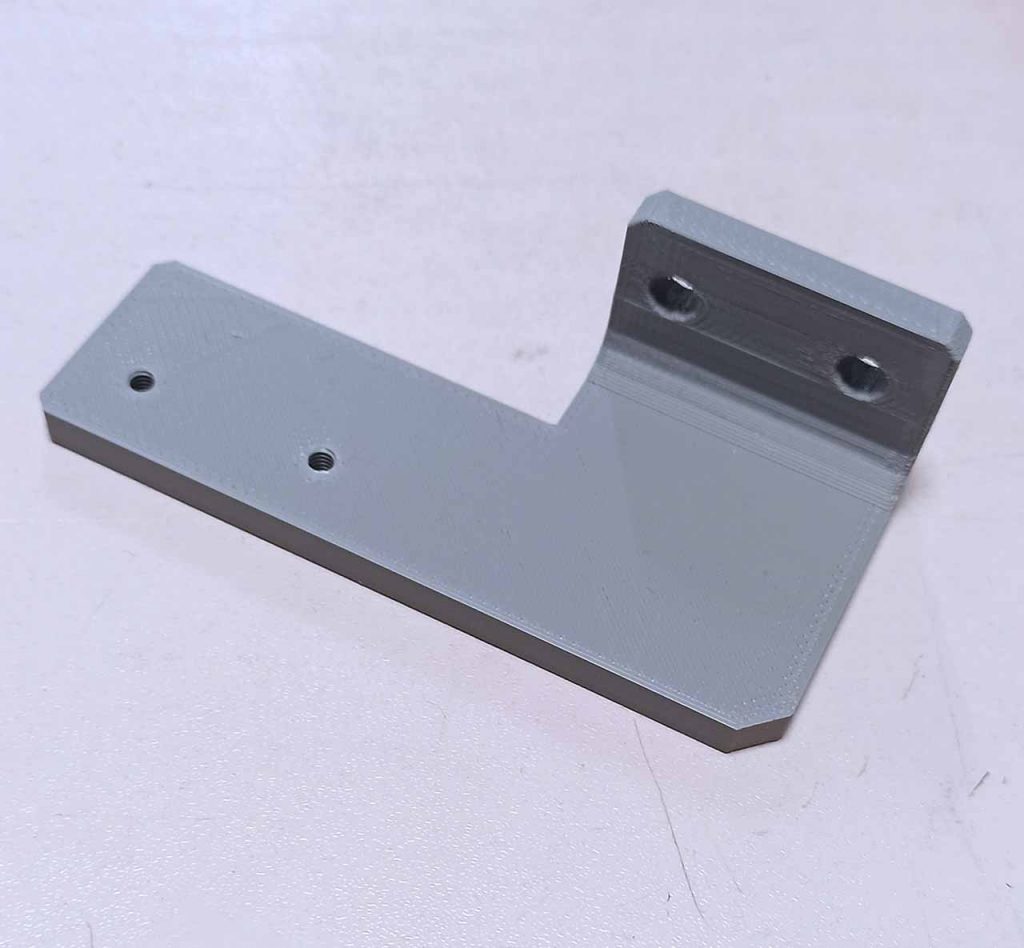 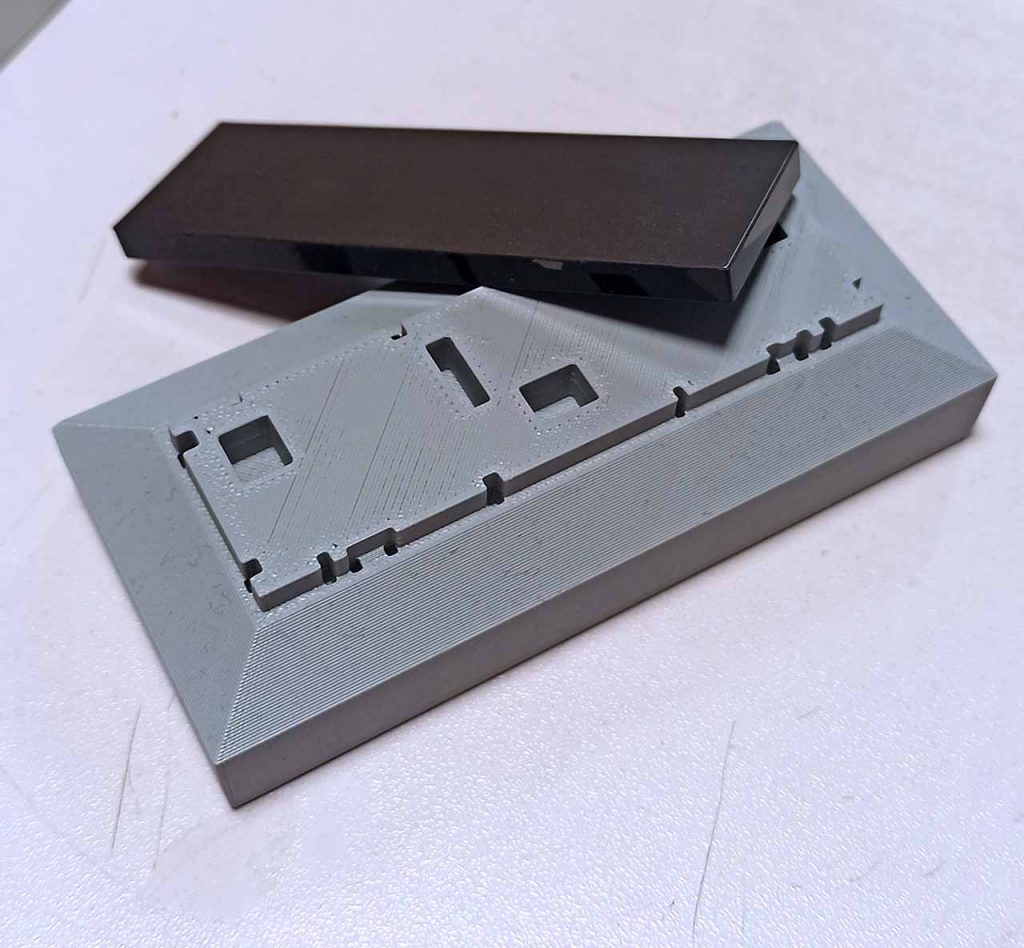 «3D printing is a world that has long since become part of our daily life. We have been using 3D printers with other technologies within our production department for years. It was through one of our external suppliers of 3D printing solutions that we discovered 3ntr and decided to introduce an A4V4 into the company.». The 3ntr printer has been used at BTicino to meet a variety of needs: The latter case, in particular, highlights one of the great pluses that 3D printing technology can bring to metal production in a company like BTicino: «To be able to respond so quickly to line stoppages, or to make everyday equipment, with a fast, cheap and durable technology is something truly exceptional.».

3D printer in support of the production department

We asked Mr. Alfano to explain us, in more detail, how the 3D printer was used to support the production department and which components were made by Fused Deposition Modelling: «Millers – who before the arrival of the 3D printer spent part of their time on tooling – can now commit their skills to parts for which high finish, precision, and modifications of existing parts are required. In this, 3D printing helps us to lighten the workload». s far as realisations through 3D printing are concerned, BTicino also realised: 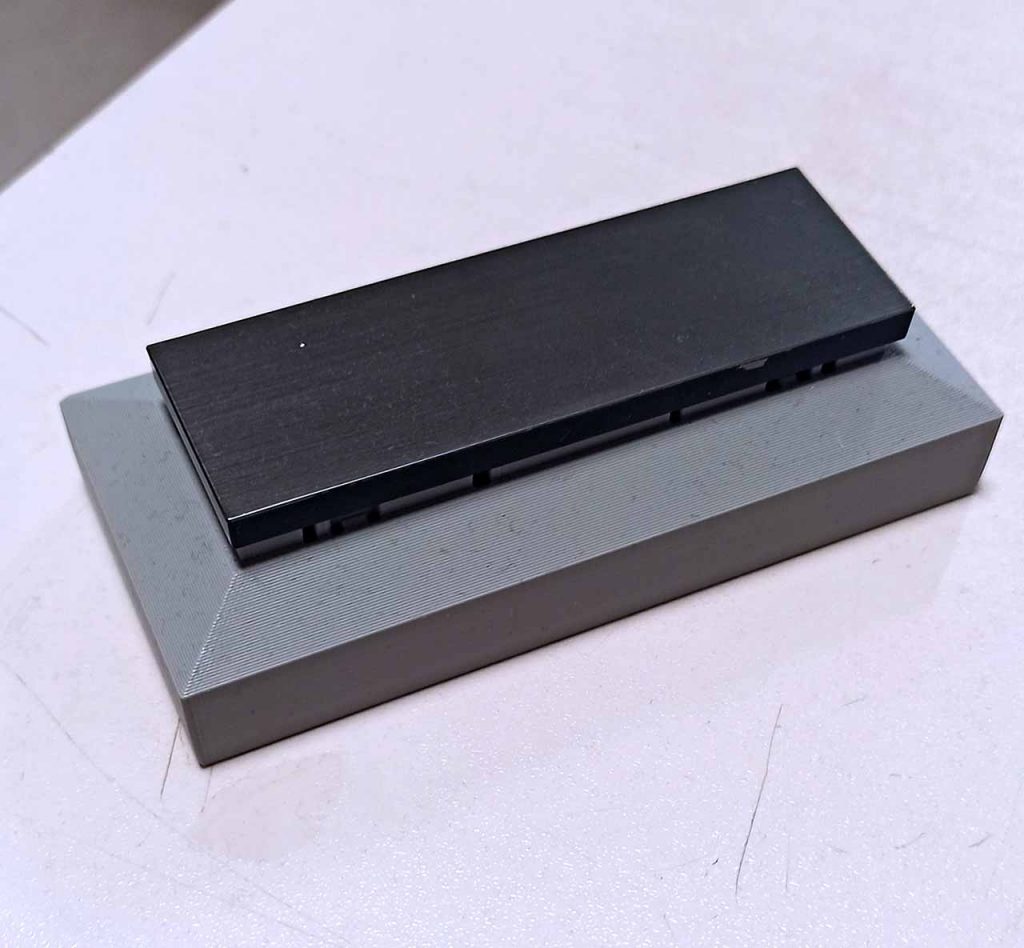 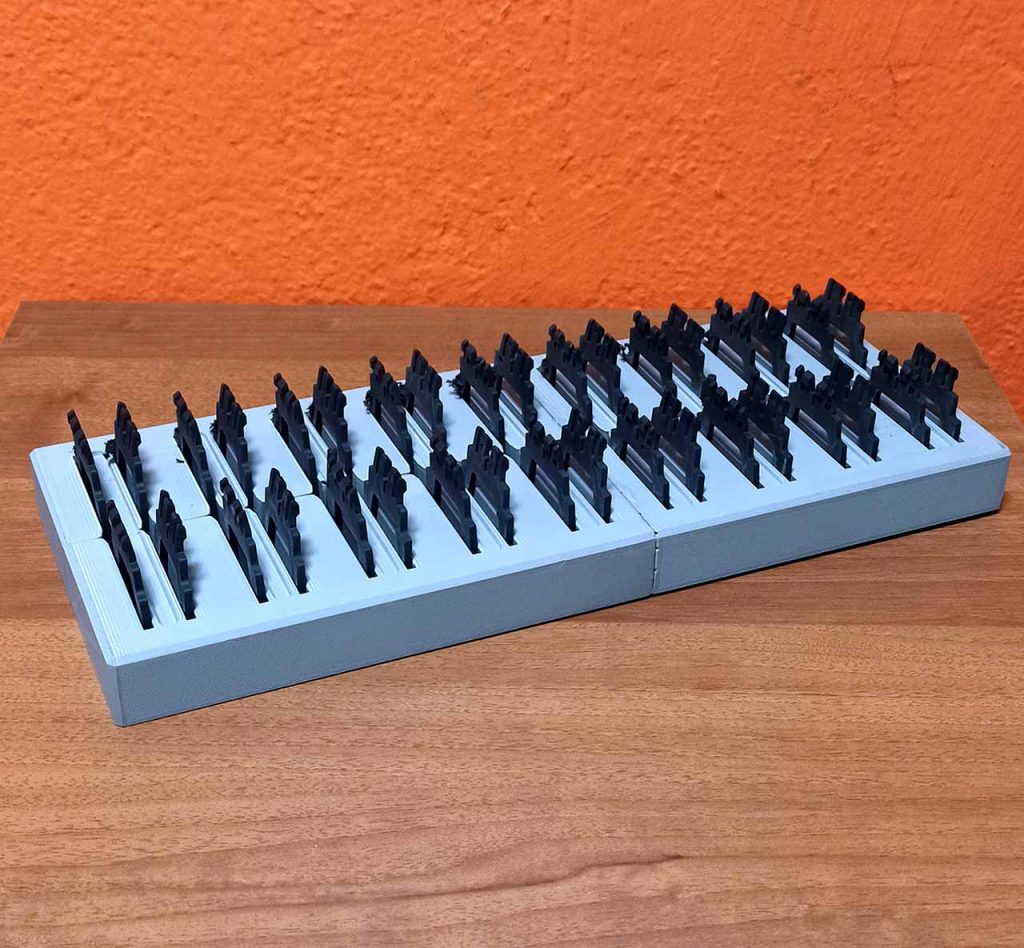 The BTicino experience and additive manufacturing

BTicino’s experience – like that of many other companies that are increasingly adopting additive manufacturing solutions – tells the story of a constantly evolving reality, even in the engineering and electronic components fields, where 3D printers are increasingly present, not only for prototyping, but also for ‘rapid tooling’, just as they do at BTicino, in support of workshops and production lines.

In an article that appeared in 2017, on internet4things, it was stated:

«For example, several companies that produce valves and taps are approaching the technology precisely to produce fixtures for use along their assembly lines. Considering that these elements usually do not have any particular functional requirements, other than to physically support the part inside the assembly machines, additive technologies can guarantee the realisation of such components in a very short time, ad hoc for each product, and with a much lower weight compared to those made with traditional carpentry».

But, as we have seen, this is also true today, and for more and more industriesey within which FDM and additive manufacturing have their place. Also because of the increasingly pervasive digitalisation of services and production flows (think Industry 4.0), which are leading many companies to decentralise warehouses, precisely because of the opportunities offered by 3D printing, as we read in Sole24Ore about the phenomenon of ‘distributed’ warehouses:

«The breaking of long chains in any case offers a few more chances for the development of ‘distributed’ warehouses, widespread logistics can now rely on 3D printing for specific parts, where only a file ‘travels.».

To learn more about our professional 3D printers for industry and polymers for additive manufacturing, please visit the dedicated sections of our website. To learn more about other stories of companies that have chosen Fused Deposition Modelling, read our case histories. To contact 3ntr, on the other hand, you can use the form on our website, or 3ntr’s LinkedIn Business Page.